Judge Rosenn served on the Third Circuit Court of Appeals from 1970 until 2006. In that time, he had 71 law clerks who assisted him. This film was commissioned by them, in partnership with Wilkes University and the Rosenn family, to commemorate the 40th anniversary of the Rosenn Lecture Series.

Presidential historian and Pulitzer Prize-winning author Jon Meacham is one of America's most prominent public intellectuals. A contributor to TIME and The New York Times Book Review, Meacham is a highly sought-after commentator, regularly appearing on CNN and other outlets.

Known as a skilled orator with a depth of knowledge about politics, religion, and current affairs, Meacham brings historical context to the issues and events impacting our daily lives. In August 2020, he released another New York Times bestseller, His Truth Is Marching On: John Lewis and the Power of Hope, the highly anticipated intimate and revealing portrait of civil rights icon and longtime U.S. congressman John Lewis.

His #1 New York Times bestseller, The Soul of America: The Battle for Our Better Angels, examines the present moment in American politics and life by looking back at critical times in U.S. history when hope overcame division and fear. Meacham is a co-author of the recently released book, Impeachment: An American History, which reveals the complicated motives behind the three impeachments in U.S. history.

Meacham’s presidential biography, Destiny and Power: The American Odyssey of George Herbert Walker Bush, debuted at #1 on the New York Times bestsellers list. The Times said, “Destiny and Power reflects the qualities of both subject and biographer: judicious, balanced, deliberative, with a deep appreciation of history and the personalities who shape it.” Meacham delivered eulogies for both President George H.W. Bush and First Lady Barbara Bush.

Meacham's #1 New York Times bestseller Thomas Jefferson: The Art of Power was hailed as "masterful and intimate" by Fortune magazine. His other national bestsellers include Franklin and Winston, American Gospel, and American Lion: Andrew Jackson in the White House, which won the Pulitzer Prize in 2009.

A contributing editor at TIME, Meacham writes for the magazine’s Ideas section. He also pens “The Long View” column in The New York Times Book Review, in which he “looks back at books that speak to our current historical and cultural moment.” He served as Newsweek's managing editor from 1998 to 2006 and editor from 2006 to 2010. The New York Times called him “one of the most influential editors in the news magazine business.”

Meacham is a frequent guest on Morning Joe; Real Time with Bill Maher; The 11th Hour; and was featured in Ken Burns’ documentary series The Roosevelts: An Intimate History. Fox News produced an hour-long special about Meacham's Destiny and Power in November 2015.

Named a “Global Leader for Tomorrow” by the World Economic Forum, he is a member of the Council on Foreign Relations, a fellow of the Society of American Historians, and chairs the National Advisory Board of the John C. Danforth Center on Religion and Politics at Washington University. Meacham is a Distinguished Visiting Professor of History at The University of the South and a Visiting Distinguished Professor at Vanderbilt. He is currently at work on a biography of James and Dolley Madison.

About the Rosenn Lecture Series

The Max Rosenn Lecture in Law and Humanities was established at Wilkes University in 1980 in recognition of Judge Rosenn’s exceptional contributions to public service.

Judge Max Rosenn’s long career as a public servant spanned many fields, including law, philanthropy, public welfare, health and religion. He made innumerable contributions to the enhancement of northeastern Pennsylvania, to state government, and to the federal judiciary. Following the Hurricane Agnes Disaster of 1972, he played a vital role in the rehabilitation of Greater Wilkes-Barre and its many neighboring communities as chairman of the Flood Recovery Task Force for Wyoming Valley. 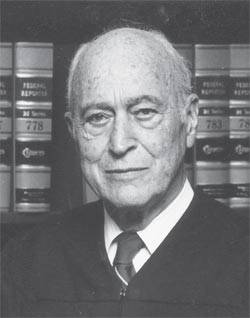 After receiving an undergraduate degree from Cornell University and a law degree from the University of Pennsylvania, Judge Rosenn commenced his legal career. He interrupted that career to enter military service in World War II. After several years in the South Pacific, he returned to his wife and sons and resumed the practice of law. He entered state government in 1966 as secretary of public welfare for the Commonwealth of Pennsylvania. As secretary, Judge Rosenn also served as a member of the cabinet of Governor William W. Scranton and in the cabinet of his successor, Raymond Shafer, and as chairman of the Governor’s Council for Human Services. Following his resignation as Secretary and resumption of the practice of law, he served as chairman of the Pennsylvania Human Relations Commission and chairman of the Legislative Executive Task Force to Restructure Human Services for Pennsylvania. He also served as a member of the 1968 Governor’s Commission to Revise the Public Employee Laws of Pennsylvania. President Nixon appointed him to the United States Court of Appeals in 1970.

He and wife Tillie were lifetime residents of the Wyoming Valley, have two sons, Professor Keith and Dr. Daniel, and six grandchildren.

In recognition of his exceptional contributions and his warm relationship with them, Judge Rosenn’s former law clerks and former law firm Rosenn, Jenkins & Greenwald, with the assistance of his family and friends, established in 1980 the Max Rosenn Lecture Series in Law and Humanities.

The speakers presented by the Max Rosenn Lecture Series in Law and Humanities are made possible through generous contributions to the Max Rosenn Endowment. Your support enables us to continue the tradition of bringing renowned speakers and offering a venue that is free and open to the public.

Patrons requesting accommodations or services at Wilkes University or Wilkes University-sponsored events in accordance with The Americans with Disabilities Act (ADA) Title III: Public Accommodations are asked to contact Special Events at 1-570-408-4330 or events@wilkes.edu to request such services/accommodations. It is recommended that requests be made at least five (5) business days prior to any event.