Time, Einstein and the Coolest Stuff in the Universe 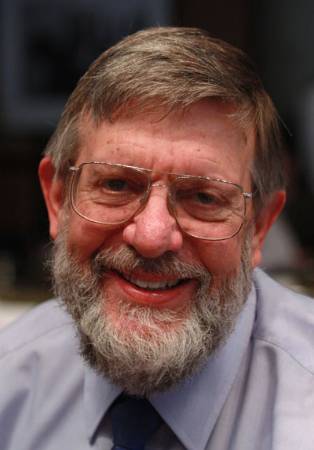 Co-Recipient of the 1997 Nobel Prize in Physics
Joint Quantum Institute, the National Institute of Standards and Technology and the University of Maryland
6 p.m. Wednesday, Oct. 20 | Stark Learning Center Room 101
Free and open to the public. Advance registration by completed the below form is recommended but not required.
Einstein changed the way we think about time. Now, the measurement of time is being revolutionized by the ability to cool a gas of atoms to temperatures millions of times lower than any naturally occurring temperature in the universe. Join us for a lively, demonstration-based and down-to-earth presentation about today's hottest (and coolest) science.

William D. Phillips won the 1997 Nobel Prize in Physics for his contributions to laser cooling, a technique to slow the movement of gaseous atoms in order to better study them. He shared the honor with Steven Chu and Claude Cohen-Tannoudji.

Several of his innovations in the following years became landmarks in the field. These include a device using a laser along with a magnetic field to decelerate and cool an atomic beam (the “Zeeman slower”); demonstrating the first device that trapped electrically neutral atoms (a magnetic trap); and measuring a temperature far below that predicted by the accepted theory of laser cooling at the time (known as sub-Doppler cooling).

Dr. Phillips was born in Wilkes-Barre and spent his early years in nearby Kingston before his family relocated to the Pittsburgh area and then Harrisburg. He earned his bachelor’s degree from Juniata College and his Doctor of Philosophy in physics from MIT. Since the late seventies, Dr. Phillips has worked at the National Institute of Standards and Technology, a physical sciences laboratory and non-regulatory agency of the United States Department of Commerce. He is a professor of physics at the University of Maryland.

In addition to the Nobel Prize, Phillips received numerous awards including the Albert A. Michaelson Medal from The Franklin Institute in 1996.

Please note that face masks are required in all indoor campus locations regardless of vaccination status. All attendees of the Bone Lecture are required to wear masks.

About the Bone Lecture Series