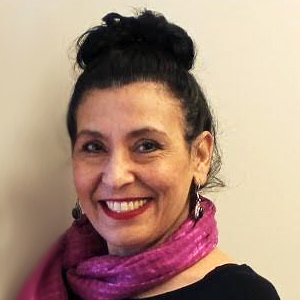 In March 2002 Dr. Paola Bianco was appointed coordinator of the study abroad program. Since then, studying abroad has become a common option for Wilkes students, many of whom are studying in Spain, Japan, Australia, England and Peru.

“When you study abroad it is not just about learning a language; you can stay with your particular focus and major,” said Dr. Bianco. “Any area of study that is compatible to Wilkes University’s curriculum can be studied abroad. The credits will transfer, and you can still receive financial aid. “

Dr. Bianco has taught at Wilkes since 1996 and fluently speaks, reads and writes English, Spanish, Italian and French. Prior to joining Wilkes, Dr. Bianco served as an Intermediate Italian Coordinator at the University of North Carolina at Chapel Hill and she served as the Study Abroad Program Coordinator and Assistant Director at the Lorenzo de’ Medici Institute in Florence, Italy, while attaining her PhD. in Romance Languages.

Dr. Bianco believes that studying abroad is a tremendous learning experience. “You can only learn so much about different cultures through a book. To see the culture in person, to experience it, to learn about a country by studying there is invaluable,” said Dr. Bianco. “Studying abroad makes you stronger as a person, and helps you to learn about your strengths and weaknesses, as well as the strengths and weaknesses of our country.”

“I enjoy the environment that is created between the faculty and the students the most at Wilkes.”

“The student body is very motivated with an interest to learn. They are conscientious, responsible, and reliable. They always want to achieve more that what is asked of them, and they are really well rounded.”

Chair for “Notions of Subjectivity in Spanish Narrative and Film.”

INTERPRETER :
Spanish into English and English into Spanish interpreter for the Luzerne

Italian and Spanish to English and English into Spanish and Italian for firms, agencies, health centers. 1986 to present.

TEC. Teaching Education Committee.
Member of the Curriculum Committee for the School of LiberalArts and Human Sciences, 1997.

Assisted with the Middle States Accreditation on a sub-committee for teaching evaluation.

American Association of Teachers of Italian 1996 to present. 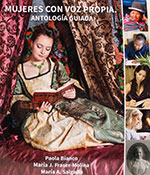 Mujeres con voz propia. ( Women in their own voices)

Mujeres con voz propia. (Women in their own voices) offers a great variety of texts written by Hispanic women. It maps the development of women writers from the XVIIth century to the present in all countries where Spanish is spoken. The women chosen are diverse and don't only include Latin America and Spain but also The Philippines, Equatorial Guinea, and the United States. The selection of these authors has been less guided by their prestige or relevance and more by their connection and relationship to women’s issues and the topics selected. This anthology can thus be said to be representative of the work of women writers in a far larger geographical area than is the norm in most textbooks and anthologies.