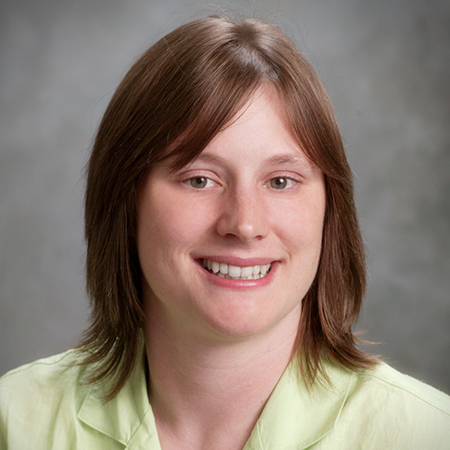 Developmental regulation of gene expression by epidermal growth factor receptor signaling
We have identified a number of potential downstream targets of Egfr signaling during egg development (via a microarray screen comparing gene expression in ovaries in which the Egfr pathway was up or down-regulated), and are studying the expression and function of a number of these genes. We look at gene expression using RT-PCR and in situ hybridization and investigate the biological function of target genes using tissue-specific RNA interference. We have identified several genes which appear to play roles in eggshell and/or wing morphogenesis, and are studying those genes in more detail.

Evolutionary comparison of Drosophila dot chromosomes
As a member of the Genomics Education Partnership, we are participating in the annotation of the “dot,” or fourth, chromosome in several Drosophila species. This small chromosome is entirely heterochromatic by many measures. However, the 1.2 Mb distal portion contains ~80 genes, exhibiting a gene density typical of the euchromatic domains. The GEP is undertaking a comparative analysis using several Drosophila species, which allows us to examine the characteristics of the genes and overall organization of this unique domain, as well as revealing how such a domain changes over evolutionary time.