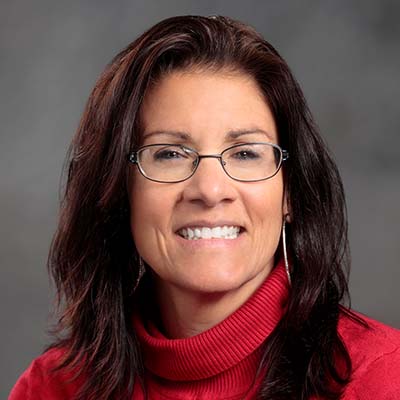 Julie McMonagle is a career geologist and is currently a lecturer and the lab manager in the Environmental Engineering and Earth Sciences (EEES).  Julie has not only had a life-long passion for the field of geology but also has had a great interest in community environmental issues.  After earning a Master’s Degree in the field of Geology from Lehigh University, Julie spent several years working for environmental consulting firms which were primarily focused on assessing and remediating soil and groundwater contamination.  Julie then left the consulting world and turned her interests to the field of academia and began teaching at Wilkes University in the EEES Department while at the same time joined the non-profit organization, the Pennsylvania Environmental Council.  After several years, Julie decided to focus professionally on her work at the Pennsylvania Environmental Council and stopped teaching.  Over the course of the next decade, Julie had the opportunity to lead a variety of environmental initiatives including land preservation, water quality and water quantity issues, illegal dumping prevention and cleanup, promotion, planning and development of outdoor recreational opportunities and healthy living. During her tenure at the Council, Julie raised over $5 million dollars to support these initiative and rose through the ranks at the council to become Vice-President of the Northeast Regional Office.  In 2010, Julie decided to return to the world of academia and began teaching earth and environmental sciences courses at Wilkes University again. Julie also took a position as Director of a local rails-to trails organization, Anthracite Scenic Trails Association, where she raised over $500,000 to support the further construction of the Back Mountain Trail.  In 2011, Julie became the Lab Manager for the EEES Department at Wilkes in addition to continuing her teaching responsibilities. Her role in the Department has expanded to now also focus on leading various recruiting and educational events including an environmental science summer camp and earth and environmental science workshops for high school students.