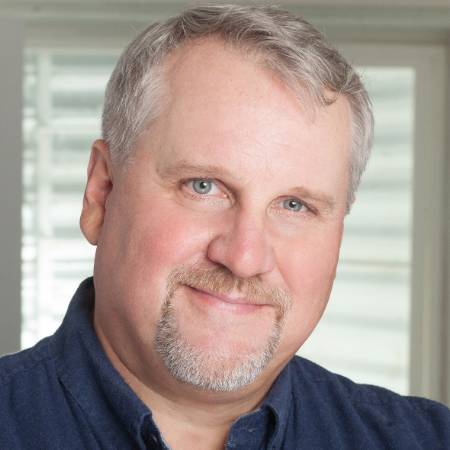 Jon Liebetrau has been a professional theatre artist for over thirty years. He has performed on stages from NY to California and is a proud member of Actors’ Equity Association and SAG/AFTRA. Regionionally Jon has acted at the Pendragon Theater (NY), The Phoenix Theatre (NY), Allenberry Playhouse (PA), Open Stage of Harrisburg (PA) and Totem Pole Playhouse (PA).  Recent acting roles include Elwood Dowd in Harvey, Ernst Ludwig in Cabaret,Officer Krupke in West Side Story, Andrew Duncan in 45 Seconds from Broadway, Pap Rose in Hank Williams: Lost Highway, Ben Hecht in Moonlight and Magnolias and Henry Pulling in Travels with My Aunt. Additionally, he is the creator of the one-person mask drama entitled Faces in the Rain: The Living Mask, which debuted at Virginia Tech in 2005. As director, Jon’s most recent credits include The Complete Works Of Shakespeare Abridged, Around The World In 80 Days, Twelfth Night, Our Town, A Flea in Her Ear, The Spitfire Grill: The Musical, The Arsonists (Biedermann und die Brandstifter), Last Night of Ballyhoo, A Comedy of Errors, Blithe Spirit, The Diary of Anne Frank, and Two Gentlemen of Verona. Besides teaching at Wilkes University, Jon has taught theatre at Dickinson College, Randolph College, Hollins University, Virginia Tech, Gettysburg College, Shippensburg University, Brandeis University and Messiah College. Recently Jon has trained with the Great Lakes Michael Chekov Consortium in Michael Chekhov acting technique. Jon received his M.F.A. in Acting from Brandeis University in Boston, Massachusetts (1994).  He holds a B.F.A. in Theatre from Wayne State University in Detroit (1991) and a B.A. degree in Business Administration and German from Gettysburg College (1986). In 1984 he studied German theatre and arts at the Ludwig-Maximillian Universitat in Munich, Germany. Jon is also an active supporter, volunteer and board member for a non-profit organization called Camp Koala; a bereavement camp for children.