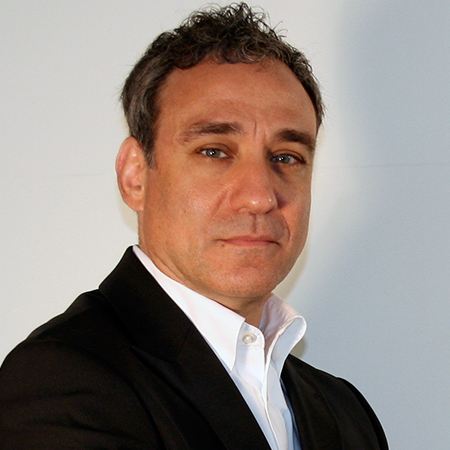 In June 2005, as founding director of the Integrative Media department, Mr. Ruggiero was tasked with developing initial curriculum, budget, policies and procedures, staff, marketing, studio, and equipment.  He has been instrumental in developing local and national relationships, fostering community involvement, and brokering internships and permanent positions.  He controls operations on a daily basis and is heavily involved in student mentoring in academics as well as career and personal development.

His department has grown from 5 students at the founding of the department to more than 35, and has already produced students of award-winning caliber.

Mr. Ruggiero holds several committee positions within the University and has successfully bridged academic departments and relationships within the program’s cognate minors and beyond. Most recently, in January 2010, Mr. Ruggiero was awarded the titles of both Chair and Associate Professor.  His responsibilities have expanded to include the curriculum and personnel of the Art Department in the combined Integrative Media and Art Department, IMAD.

Ruggiero continues as an independent producer, director, and art director as his time allows.

He is an active member of SIGGRAPH, IDMAA, NASAD, and PromaxBDA, whose award process he has judged for the past nine years and where he held a seat as a member of the Board of Governors from 2004-2010.  He is currently a member of PromaxBDA Creative Educators Advisory Council.

Mr. Ruggiero came to Wilkes University from his role as Chair of the Broadcast Design and Motion Graphics Department of the Savannah College of Art and Design.  With eight faculty and close to two hundred graduate and undergraduate students, this award-winning department was the first degree program of its kind in the nation.  He is credited as the lead in the development or evolution of 60 graduate and undergraduate courses, sequencing, goals/assessments, and supporting materials for the inception, creation and operation of both Broadcast Design and Visual F/X Departments.

Ruggiero holds an MFA in Computer Art from the Savannah College of Art and Design, a BFA in Computer Graphics from Syracuse University, and an AAS in Architectural Technology from Onondaga Community College.