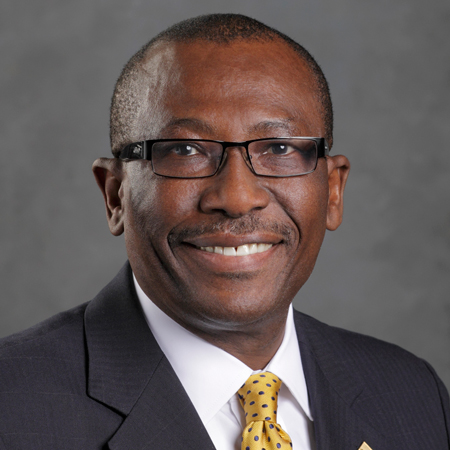 Dr. Adekola’s career has focused on international business. He served as a Fulbright Scholar to ISM University of Management and Economics, Vilnius, Lithuania during the 2005-06 academic year. He received a Vietnam Faculty Development in lnternational Business (FDIB) Program Fellowship in Hanoi and Ho Chi Minh City, Vietnam, in 2010. The same year he received a senior distinguished fellowship from the Academy of World Business, Marketing and Management Development which was conferred in Oulu, Finland.

Dr. Adekola has authored two books: Global Business Management: A Cross-Cultural Perspective, which he co-authored with Bruno S. Sergi, and Gateway to personal investment: An American dream. He also is the author of book chapters and numerous articles.