The 2022 Tom Bigler Journalism Conference will take place virtually over Zoom. You will receive a link to the conference upon registering.

The Zoom conference room opens. To avoid delays, please display the Zoom name you registered with when you enter.

Registration will remain open until April 20.

Please contact Dr. Kalen M.A. Churcher at kalen.churcher@wilkes.edu if you have any questions.

Wilkes University is proud to offer the Tom Bigler Journalism Competition in conjunction with our annual conference. Our goal is to recognize outstanding writing, photography, design/layout and production among student journalists.

Recognizes the outstanding newspaper (online and print), publication, website and/or broadcast that is either new or recently changed.

Each school may submit no more than two individual entries per category.

Young Journalist of the Year Award

Teachers may nominate students for the Young Journalist of the Year award. More details are listed on the entry form.

Based on all entries received, judges will award a Top Adviser and/or Top School award to the adviser or school that best exemplifies the ethics and dedication to journalism that Tom Bigler possessed.

To submit an entry, please complete the online entry form below.

Alternatively, you may submit an entry by downloading the Contest Entry form (.pdf) and sending the complete entries to:

Entries this way can be submitted via email or physical mail. Email is preferred. 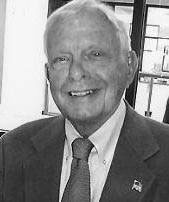 Not many people could say they have worked for five radio stations, three television stations, a newspaper, a university and served in World War II under the United States Army Air Force. Tom Bigler could, and his professional experience surely supersedes just about anyone else's in the Wyoming Valley's journalism community.

Over the years, Bigler held many positions in the local media. He worked in radio in Hazleton, Newcastle and Washington, PA. In 1948, Bigler advanced to news director of WILK-AM radio. When WILK-TV was formed in 1953, he became the news director for both the WILK radio and television stations. In 1962, Bigler took on news director at WNEP-TV for four years. In 1966, he was the incoming news director and vice president of news and public affairs for WBRE-TV, where he worked for 20 years.

Though Bigler was a busy man, he still found time to do what was dearest to his heart- community service. Bigler was involved with more than 20 different community and professional based organizations. He co-founded Leadership Wilkes-Barre, where he became a member of the board and acted as a mentor. He served on the board of trustees for Family Service Association, the board for the Greater Wilkes-Barre Association for the Blind. Bigler was a board emeritus member for the Osterhout Free Library.

Bigler died in March 2007 after battling heart-related health problems. For a new generation of journalists, Bigler serves as a model of media and community service. Through his service, the Wyoming Valley has greatly benefited. Bigler was an inspiration to all journalists, students and local citizens.