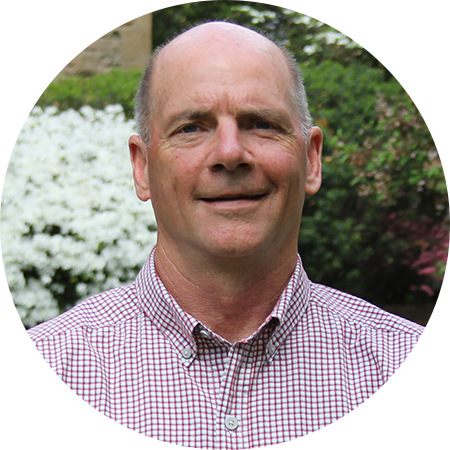 Dr. Halsor has taught at Wilkes University for 30 years. Originally from Oregon, he received his undergraduate degree in Geology at the University of Oregon and then traveled extensively throughout the West while employed as an exploration geologist in the oil and mineral industries. A fascination with mountain systems and their geologic formation led Dr. Halsor to Michigan Technological University where he earned his Master's and Doctoral degrees in geology. It was at Michigan Tech where Dr. Halsor cultivated his growing interest in volcanic processes, inspired by the 1980 eruption of Mt. St. Helens and by exceptional research and field experiences in volcanology provided by Professor William I. Rose.  Dr. Halsor’s primary teaching responsibilities are in geology and geospatial technology that serve undergraduate programs in Geology, Earth and Environmental Sciences and Environmental Engineering.  Dr. Halsor is coordinator for the minor program in Geology and serves as an advisor to independent and senior capstone research projects. Dr. Halsor is the “hard rock” geologist in the Department with research areas that include geologic hazards, igneous rock-formation processes, mineral resources and solid earth energy.  He conducts research on active volcanic systems in the western U.S., Central America, Mexico and Indonesia.  Over a ten-year period, Dr. Halsor led an annual, high-precision GPS ground deformation survey with Wilkes University students at Yellowstone National Park.