In 2020, Wilkes University presented Year of the Vote: Gender, Politics, & Power as a yearlong celebration of the ratification of the 19th amendment and women's right to vote.

"Year of the Vote" was a collaborative interdisciplinary project of Wilkes University faculty which explores issues women have historically faced, challenges women face today, and dicussions about the future. This series  consisted of monthly thematic lectures, podcasts that correlate with our monthly theme, monthly EqualiTEAS and other special events. Academic departments represented in the series include:

The goal of this series was to educate our community about the achievements of our regional and national foremothers while empowering students to engage with their community throughout this monumental year.

"Right in the Kisser" Podcast 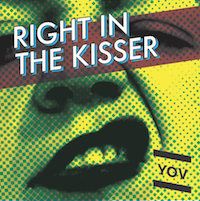 Introduction to the Year of the Vote project focusing on terminology and a discussion on the waves of feminism featuring:

Listen to all episodes on Spotify, Apple Podcasts, Soundcloud, or acast!

"Year of the Vote" Events

Constitution Day is an American federal observance that recognizes the adoption of the United States Constitution and those who have become U.S. citizens. It is normally observed on September 17, the day in 1787 that delegates to the Constitutional Convention signed the document in Philadelphia.

We will celebrate Constitution Day with a public reading of the Declaration of Sentiments, Frederick Douglass' speech from Seneca Falls and Sojourner Truth's speech "Ain't I a Woman" on WCLH. We will also have activities that people can contribute to on campus.

The U.S. Constitution is silent on Americans' right to vote; it took decades of struggle and setbacks to pass a Constitutional amendment that impedes states' ability to deny suffrage on the basis of sex. This Constitution Day, Dr. Amy Sopcak-Joseph, Assistant Professor of History, will discuss the historic events that led to the passage of the 19th Amendment. Dr. Andreea Maierean, Assistant Professor of Political Science, will compare women’s suffrage movements around the world and will conclude with a discussion of activism and voting rights in today's world.

Join for a Zoom roundtable discussion on Women's Suffrage Centennial. Participants will address questions on political equality and the fight against gender discrimination.